The beauty is in our voices. Our voices can tell stories which people sometimes might not understand. But even if we do not understand the meaning of the stories, we can feel it.

The legendary singer Mohammed Rafi was called ‘The Voice’’ in the peak of his career. Rafi sahab recorded thousands of songs in many Indian and non-Indian languages. His voice was a bridge between tribes, faiths and nations, because all those different palettes of people all felt his voice. Colleagues in music remembered him as a modest, generous and gentle person who always had a smile on his face. And all those palettes of people could hear and feel this peaceful character in his voice. Together with the composers and arrangers he worked with like Naushad Ali and R.D. Burman he was India’s hardest working man in show business.

We, as Breathing, pay homage to Mohammed Rafi. Not only to the man and his tremendous oeuvre. But also to the way Rafi built bridges between people, with the beautiful, gentle power of the voice. A voice from the heart which we sometimes express through our mouths, but even more often with our musical instruments. The Breathing Ensemble is a gathering of musicians, arrangers and singers with their roots in many places of the world. Places like Romania, Afghanistan, India, Nepal, Germany, Surinam, Indonesia, Hungary, Somalia, Italy, The Moluccas and the Netherlands. And we not organized this on purpose. It’s just simply the many paths we all followed, brought us here. Maybe only two members of the ensemble understand what Mohammed Rafi is singing, but all of the members feel the beauty of his voice and legacy. With this concert we also would like to inspire new audiences to come and feel, even if one doesn’t understand. And if one feels, understanding is much easier…. Now let our voices be heard. <3 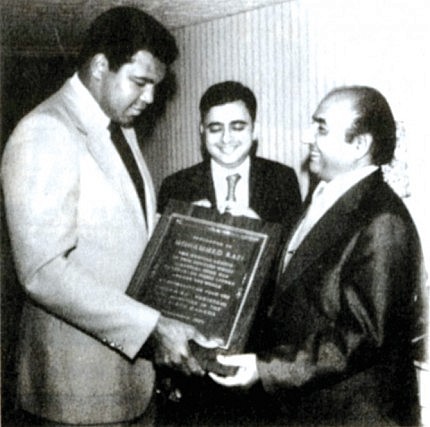 No future events yet.